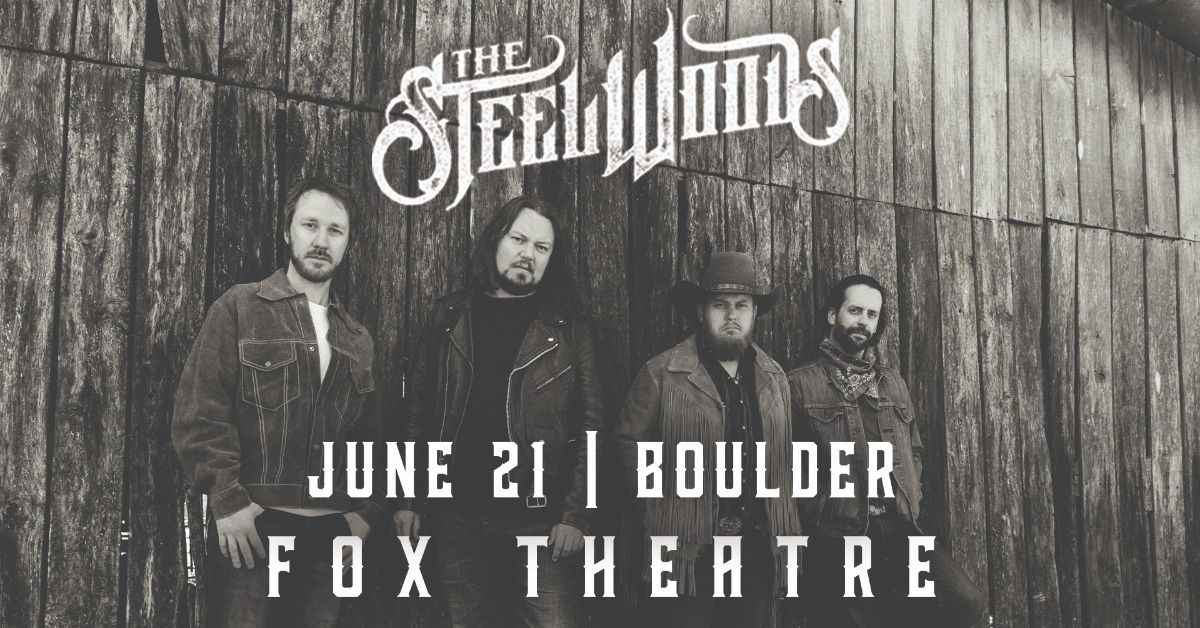 On June 21st, The Steel Woods will bring their brand of country and Southern rock to the Fox Theatre’s stage.

The band, comprised of Wes Bayliss (guitar and vocals), Johnny Stanton (bassist), Isaac Senty (drums) and Tyler Powers (guitar), will perform fan favorites and songs from their three studio albums. All of their albums are self-produced and released on their own label, Woods Music.

The Steel Woods’ latest album, All of Your Stones, is the third offering from one of the fastest rising bands in the worlds of independent country and Southern rock. Since releasing their debut Straw in the Wind album in 2017, The Steel Woods have staked their claim as worthy successors of Southern rock icons Lynyrd Skynyrd, with a dynamic live show and a songwriting verve that draws inspiration from country icons like Willie Nelson.

In January 2021, band co-founder, guitarist and principal creative force Jason “Rowdy” Cope, passed away from what is thought to be complications of diabetes. This tragedy sent shockwaves through Cope’s friends, family, and the music community at large.

The songs that make up All of Your Stones now sound eerily prescient given Cope’s passing. Most of the tunes came from the creative pen and guitar of Rowdy, but even the ones contributed by Bayliss (“Ole Pal”) and guest songwriter Ross Newell have taken on a special poignancy.

The Steel Woods continue to tour, having shared the stage with Whiskey Myers, Cody Jinks, Cody Johnson, and Blackberry Smoke, among others. Between shows, they are at work on their next studio album. The Band’s upcoming concert in Decatur will deliver all the energy and passion that has become synonymous with The Steel Woods.