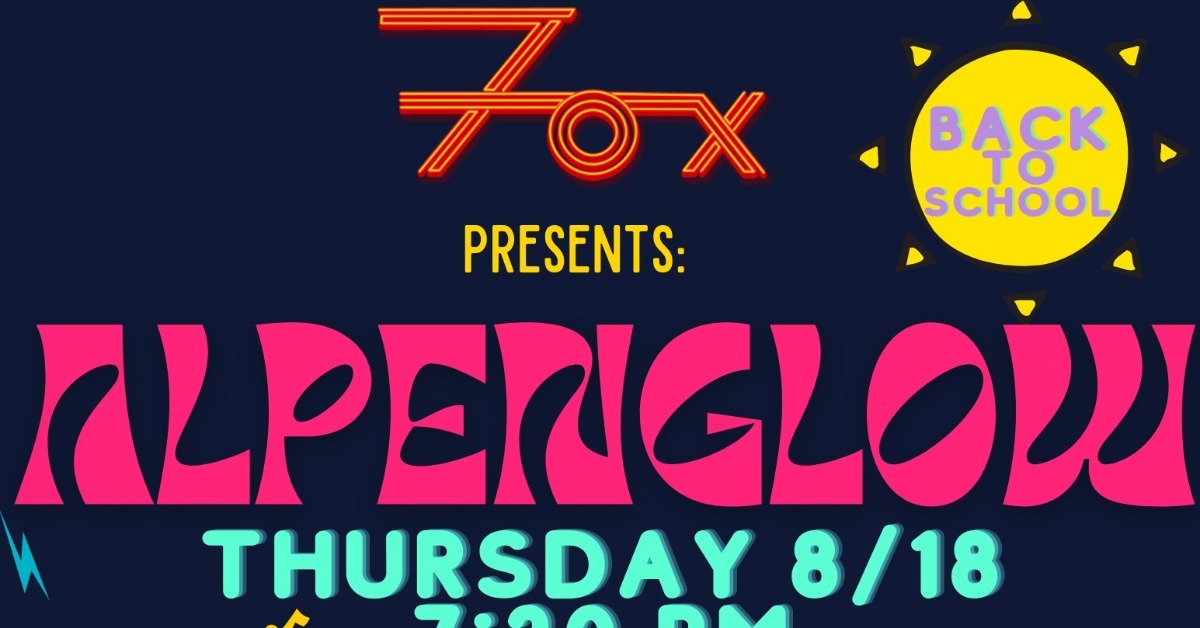 Alpenglow with The Rocky Coasts, The Dick Nixons

Alpenglow is a Boulder based band that is exactly what it sounds like - a group of bright, talented young men who love to create sound together. Despite noise complaints, rejection, and lack of being taken seriously, Alpenglow has stuck together through adversity to become what we are today: the newest wave of music. We are ready to shine a new light on music, and we are so excited to take you along with us.

The Rocky Coasts are an NJ based garage/surf rock band composed of guitarists/vocalists Rhys Heraghty and Kiril Hadjipetkov, bassist TJ Gembala, drummer Jason Shegoleff, and saxophonist Teak Biaggi. Playing shows ranging from notable venues to events in the CU Boulder nightlife scene, The Rocky Coasts have been building a steady following in the area.

The Dick Nixons started as a basement band composed of five classic rock addicts looking for refuge from CU exams and term papers. The band went public in January 2022 to standing room-only gigs, packing in Boulder-area audiences with their gritty, bluesy take on alternative and hard rock jams. Influenced by artists as diverse as Lynyrd Skynyrd Nirvana, and Led Zeppelin, The Dick Nixons feature Raif (vocals), Aiden (guitar), Thor (guitar/vocals), Tano (bass), and Daylen (drums), who together amp up the energy and deliver riveting vibes wherever they perform.