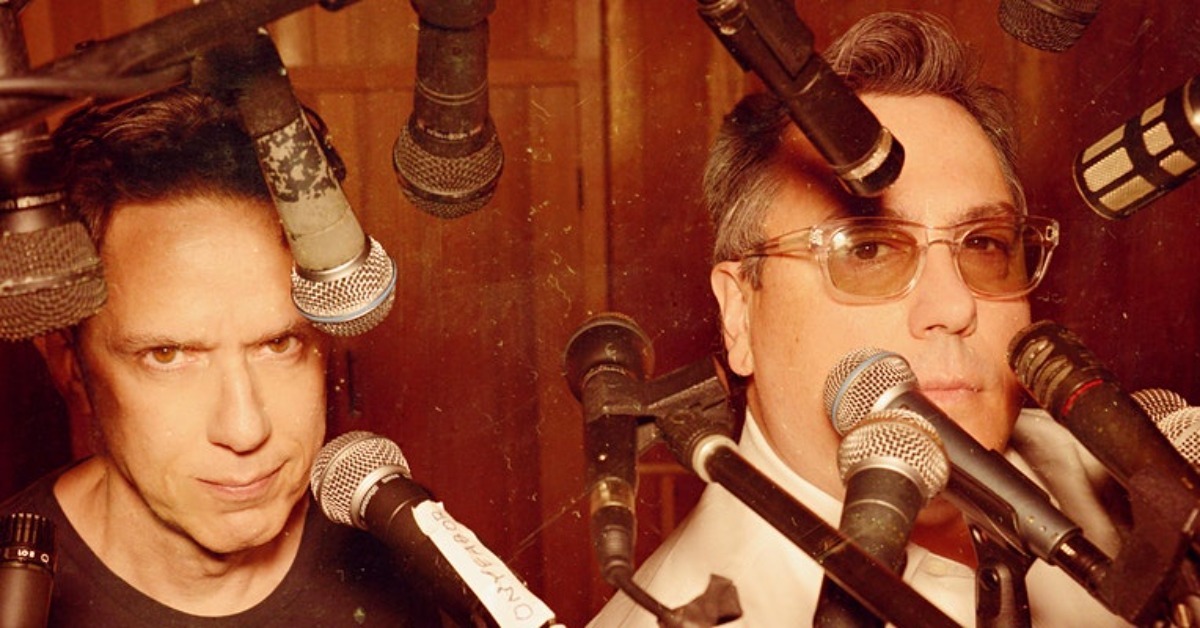 THEY MIGHT BE GIANTS presents SONGS FROM MINK CAR

This Sept. 11 marks the 19th anniversary of Mink Car, They Might Be Giants' notorious “lost” album. With tracks produced with hitmakers Clive Langer & Alan Winstanley as well as Adam Schlesinger of Fountains of Wayne, the album was filled with stand-out tracks like Bangs, Cyclops Rock, Man It’s So Loud in Here, Older, She Thinks She’s Edith Head, and, of course, the title track Mink Car. But the brilliant reception the album seemed destined to have was not to be -- Restless Records closed their doors for business forever just weeks after the release date and the album's rights were instantly entangled in that bankruptcy. Released just a year before the iPod and Napster musical revolutions and with the curious distinction of no physical albums in distribution, the album essentially disappeared. It would be the first and only They Might Be Giants album to go out of print.

This special “Evening with” performance is presented amidst TMBG's Flood celebration tour. While the band won’t be playing every track off of Mink Car, they will present all of their favorites off the album, along with some Flood tracks and crowd-pleasers old and new.

SOME MORE GOOD NEWS IN BAD TIMES FROM THEY MIGHT BE GIANTS
In August, TMBG offered up a special limited edition benefit t-shirt with 100% of profits going to RAICES, a Texas legal team aiding separated families and detained minors seeking asylum in the US. Over the course of a wild month, the TMBG fan community raised $60,000. In the last days of the fundraiser, John Flansburgh accidentally auto-filled an email address meant for a Jeff on the band’s road crew with Jeff Lawson, the founder of Twilio, who had hosted the band at a company event a few years back. Jeff mentioned he was encouraged by the band’s effort to raise money to end this harrowing episode and he offered to match any funds raised by the band. This, in turn, led to a whole new wave of interest on social media, ultimately bringing the total money raised to $200,000. (Yes, the band raised $200,000 for a very good cause by selling t-shirts!)