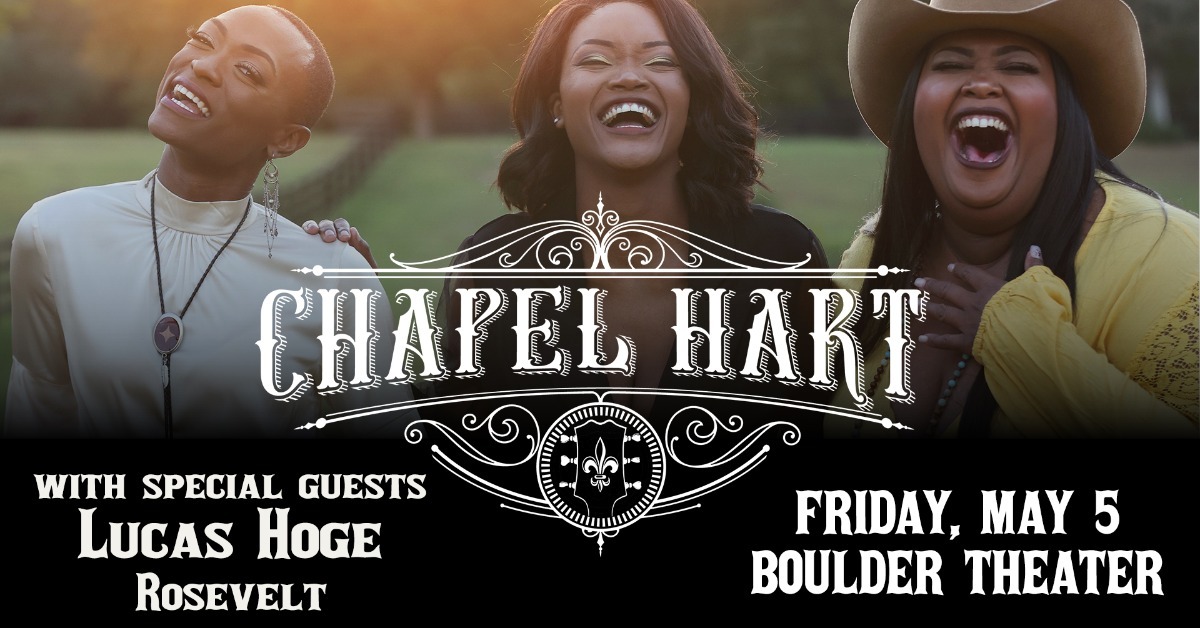 Chapel Hart has found a way to gift wrap their Mississippi roots & Louisiana spice and share it with listeners around the world.

Consisting of sisters Danica and Devynn Hart along with cousin Trea Swindle went from singing together as children in Hart’s Chapel, to a world class group whose colorful and contagious energy has flourished into a full live band experience that fills venues at home and around the country. Chapel Hart has an amazing ability to tug on your heartstrings with a tender yet powerful ballad, then have you pumping your fist in unison to the pulse of hard-hitting music. The cohesiveness of the band has not gone unnoticed as they have garnered thousands of fans from all over the world and have received hundreds of thousands of views on-line of their performances.

In 2021 Chapel Hart was inducted into CMT’s Next Women of Country, the institution that has been known to help up and coming female country artists such as Kelsea Ballerini, Ashley McBride, & Gabby Barrett... to name a few. This Mississippi trio’s music has reached fans around the globe earning them the title of “International Group of the Year” as well as “International Song of the Year” for the single “You Can Have Him Jolene” in Scotland. They were also nominated in multiple categories by the British CMAs including “Group of the Year” and “Album of the Year” for their sophomore release “The Girls Are Back In Town”.

The trio has a natural ability to make people join together in song and dance and in their live performances. They often note music's incredible power to unite people of all nationalities, religions, and walks of life. The ladies will often treat the audience to three-part harmony A Capella arrangements that range from energetic and playful to emotional and chilling. Chapel Hart has entertained people from all over the world, and the decision is always unanimous, there’s no experience quite like the Chapel Hart experience!