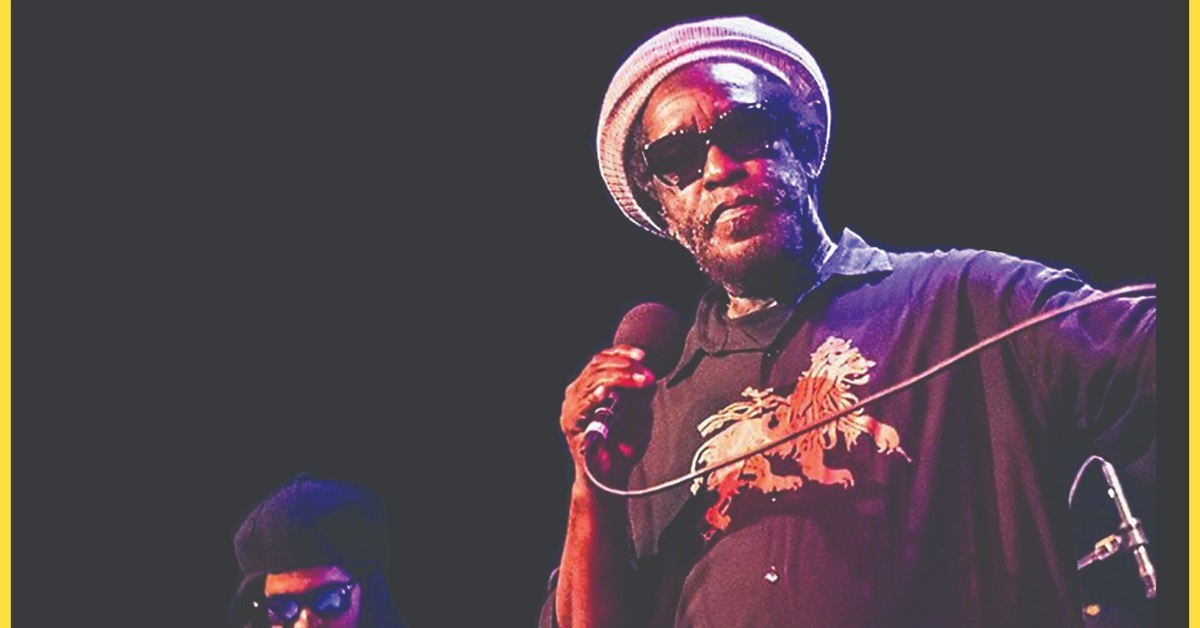 For over 50 years Black Uhuru has remained one of the most popular recognized prolific reggae band from Jamaica. The living legends have earned several achievements in the music industry including winning the first ever Grammy Award for reggae music. They’re long success along with having the highest reggae record sales after Bob Marley & the most songs sampled by other artist over the years has allowed them to become Ambassadors of reggae.

The roots of Black Uhuru formed in Kingston’s “Waterhouse” District in the late 60’s. It is the home of founder & leader Derrick “Duckie” Simpson along with all the rest of the singers from the group. The original Uhuru’s Swahili for “freedom” were Duckie, Don Carlos & Garth Dennis. The first song was a Curtis Mayfield cover of “Folk Song”. They made only a couple more songs before Don left to pursue a solo career & Garth joined Wailing Souls. The two were replaced by Michael Rose & Errol Nelson both from Waterhouse. They recorded the debut album “Love Crises” in 1977 for Prince Jammy later re-released as “Black Sounds of Freedom”. Errol later left the group to join the Jays & was replaced by female singer Puma Jones.

This new line-up is when the band began to collaborate with Sly & Robbie & developed the “classic Uhuru” sound of the 80’s. A unique style full of heavy drum & bass, sharp keys, loud guitar riffs & long instrumentals filled with whirly background effects & the signature “wow oh-oh oh’s” echo. It was during this period they signed with Island Records. They began touring internationally & started receiving worldwide attention. They recorded some of their most popular albums like “Guess Who’s Coming To Dinner” “Sensimelia” & “Chill Out”. The album “Red” was voted #23 for Rolling Stone Magazine list of 100 greatest albums of the 80’s. And history was made when they won reggae’s first grammy award in 1984 for the album “Anthem”. Shortly after the grammy Michael left the group to go solo.

Another Waterhouse resident named Junior Reid became the new lead singer. Two albums were released “Brutal” nominated for grammy & “Positive” with Ras Records. These albums included popular hits like “Dreadlocks on the Mountain” “Fit You Haffi Fit” & one of the groups first music videos “Great Train Robbery”. Sadly due to ill health Puma passed away in 1990. Around this time Jr. Reid was having visa issues unable to tour.

During the mid 90’s the original members reunited. Four albums were released “Now”, “Iron”, Storm”, “Mystical Truth” & “Strongg” all nominated for grammy. They made an award-winning music video for “Tip of the Iceberg” that featured rap star Ice-T & another video for “One Love” featuring Louie Rankin. They performed live on television for VH1 a cover version of Jimmy Hendrix “Hey Joe”. In 1994 they won the Diamonds Awards for Excellence. Unfortunately, the group began to dispute over band legal rights & went to court in the late 90’s. Duckie won the rights to the name.

As the new millennium approached Duckie found Andrew Bee’s once again from Waterhouse. Bee’s first tour with the band was in 1996 in Brazil. They released two albums “Unification” in 1998 & “Dynasty” in 2001. In 2002 they reunited with Sly & Robbie for an international world tour & released a live album/dvd “Dubbin it Live”. The group resurfaced in 2010 & has been touring extensively throughout Europe, South America & the United States. In 2012 they performed in a Broadway musical in Los Angeles called “Loving the Silent Tears”. In 2013 Duckie was awarded a lifetime achievement award from the IRWMA. In 2017 they released a new single & music video “Jah Guide” a Peter Tosh tribute that featured Bugle.

In 2018 Black Uhuru released “As The World Turns” the newest album after 15 years. It was nominated for “Best Reggae Album” at the 61st Grammy Awards. For the first time it featured Duckie on lead for the entire album. To support the album the band headed on a major US Tour & Hawaii. During the East Coast leg of the tour they appeared live on NPR’s Tiny Desk Concert series where they performed a new single “I See You” taken from the “Tropical House Cruises to Jamaica Reloaded” album produced by Sean Edwards of Contractor Music. Two music videos "Chalice" & "War Crime" were filmed by Benji Cooper for the album both featured on Reggaeville.

Right before the pandemic Black Uhuru went on a small West Coast Tour with Dylan's Dharma & Etana where they performed at the One Love Festival in Long Beach. During the "lock-down" the band was idle all of 2020. Duckie did one live stream peformance for Kumar's Kulture Walk St. Bess live video stream series during reggae month.

After 2 years of no shows from the pandemic Black Uhuru is back on the road. They recently did a small West Coast Tour with Dylan's Dharma to support the new album release & headlined the Puerto Rico Reggae Fest at the Tito Puente Amphitheater.