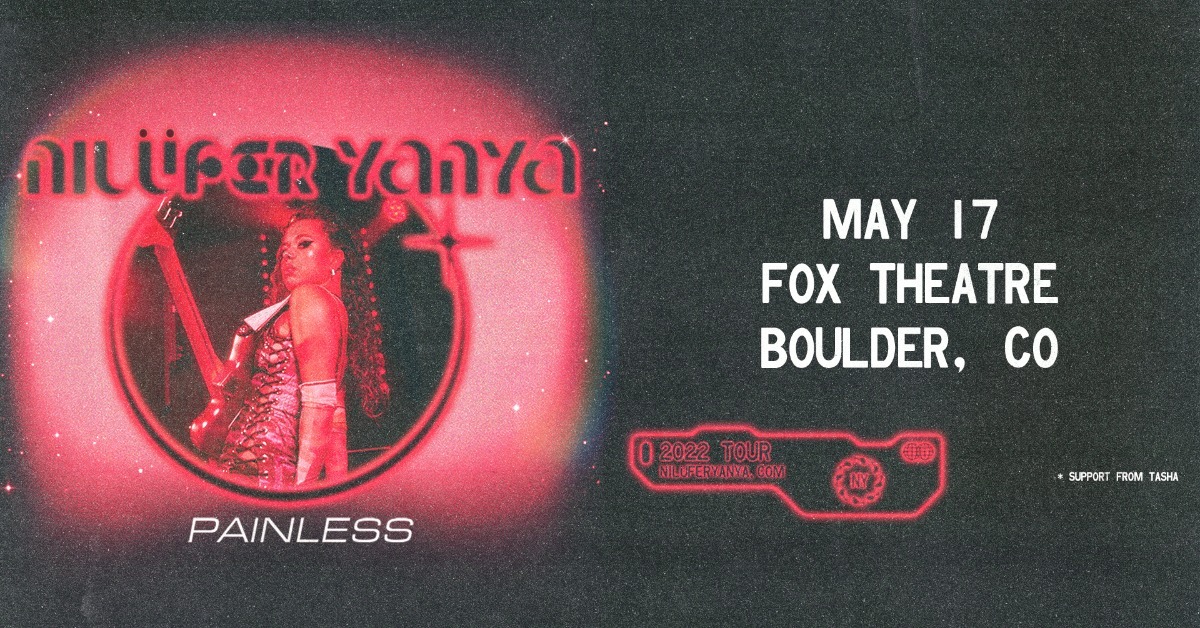 It does not take long listening to West London-based singer-songwriter Nilüfer Yanya’s music to realise that playing by the rules has never been her forte. First discovered at 20 years old after uploading her sparse, acoustic demos to Soundcloud, Yanya quickly made a name for herself following the release of her first three EPs. Starting with Small Crimes in 2016, her early releases set the stage for Yanya’s artistry as a lo-fi bedroom pop artist who could spin deftly weaved guitars and honeyed vocals into earworm melodies. Her brand of heartfelt indie pop led to support slots playing alongside likeminded artists such as Mitski, The xx, and Sharon Van Etten, along with receiving a litany of accolades including being longlisted for BBC Sound of 2018.

As the daughter of two visual artists (her Irish-Barbadian mother is a textile designer and her Turkish-born father’s work is exhibited at the British Museum) creativity was always destined for Yanya’s future. First picking up the guitar at 12, she credits her love for music to her parents’ music collection and her school, which offered subsidised music classes. “It was life changing for me,” Yanya says of her school days as we sit outside a Ladbroke Grove café, “having that community in school was really good for everyone else as well, even if they're not doing music.”

By the time her debut album Miss Universe landed in 2019, Yanya fully established herself as a singular artist with a distinctive voice that needed to be heard. The critically acclaimed debut is an 18-track concept record that takes a tongue in cheek swipe at the most self-involved corners of the health and wellness industry. The album allowed Yanya to further open up her eclectic world, bringing in jazz-inflected guitar licks, and grunge indebted songs that were backed up by limber drum beats and noughties leaning synth lines.

Follow up release, the three song EP Feeling Lucky?, further explored Yanya’s fascination with ‘90s alt-rock melodies, drawing on themes of resentment, her fear of flying, and the concept of luck. She also re-released her early EPs on vinyl for the first time this year on the record Inside Out. The release is a fundraiser for Artists in Transit, an arts collaborative group Yanya founded with her sister Molly that delivers art workshops to communities in times of hardship.

Now as she enters the next stage of her creative journey, Yanya is running head first into the depths of emotional vulnerability on her sophomore record PAINLESS. The album was recorded between a basement studio in Stoke Newington and Riverfish Music in Penzance (owned by her uncle Joe Dworniak a former bassist in funk band I Level), with Miss Universe collaborator and producer Wilma Archer, DEEK Recordings founder Bullion, Big Thief producer Andrew Sarlo, and musician Jazzi Bobbi.

Yanya began considering her second album back in 2020 after coming home from a year-long headline tour for her debut album. Initially she worried about the mistakes she didn’t want to repeat from making her first record. “Obviously I was really proud of it,” she says of her debut album, “but I also could have done it differently, there wasn't a rush.” The anxieties that clouded the making of her debut were gone when she got back in the studio with Archer. “It just happened a lot more organically. [Archer] had all these amazing ideas and they were so easy to turn into songs. It just felt fun.”

Where Miss Universe stretched musical boundaries to include a litany of styles from smooth jazz melodies to radio ready pop, PAINLESS takes a more direct sonic approach. By narrowing down her previously broad palette to a handful of robust ideas that revolve around melancholy harmonies and looped industrial beats to mimic the insular focus of the lyrics, Yanya has smoothed out the idiosyncrasies of previous releases without losing what is essential to her.

PAINLESS is a record that forces the listener to sit with the discomfort that accompanies so many of life’s biggest challenges whether it be relationship breakdowns, coping with loneliness, or the search for our inner self. “It's a record about emotion,” Yanya explains. “I think it's more open about that in a way that Miss Universe wasn't because there's so many cloaks and sleeves with the concept I built around it.” She adds, summing up the ethos of the new album, “I'm not as scared to admit my feelings”.

With influences as wide ranging as ‘90s alt-rock bands like Nirvana, indie artists Radiohead and Elliott Smith, and drum and bass culture, the anxiety inducing themes of the record are captured in the bones of each song. Audible in the raw, distorted guitar riffs, hip hop-indebted percussion, and Yanya’s mercurial voice which veers from deadpan speak-singing to a sublime, wandering falsetto. This can be heard best on ‘Shameless’ a molasses-slow track with an alt-rock edge that sees Yanya deliver the lines, barely above a whisper, “You can hate me / if you feel like … under it all I’m shameless / until you fall it’s painless.”

The organic way the songs came together was partly an inspiration behind the album title PAINLESS, but it also harkened to the introspective theme of the album. “The lyric [in ‘Shameless’] is ‘until you fall its painless’. It's not that everything is painless, it’s that pain is not a bad thing.”

On ‘L/R’ Yanya showcases her heritage playing the saz, a string instrument used often in Turkish folk music. “I’ve always viewed it as my dad's instrument because it's something he would play around me a lot when I was younger,” she explains. “It definitely has that nostalgia element to it, but also acts as a step into the mostly undiscovered part of me and my identity.”

Over a fast-paced, nimble guitar line on ‘Stabilise’ Yanya sings “There’s nothing out there / For you and me / I’m going nowhere”. It is a song about the mundanity of the city where dog fights, small flats, and endless high-rise buildings can induce claustrophobia. “I was really thinking about your surroundings and how much they influence or change your perception of things. A lot of the city is just grey and concrete, there's no escape,” she says, “A lot of people don't leave the city their whole lives, wherever they’re from.

“It’s weird because on that one the chorus is about going nowhere and I really didn't want that to be the chorus but it was the only thing that was working, so it was like the song was trying to tell me something.”

On ‘Midnight Sun’, a brooding, trip-hop influenced track, Yanya asks for strength from both an imaginary other and herself when she sings: “You’re my best machine, you’re my midnight sun.” For a song that started life according to Yanya resembling a “jaded country rock song” ‘Midnight Sun’ evolved into a mantra one could repeat to pull themselves up from the brink.

“[The lyrics] can easily fit into a relationship scenario but it also can be about your relationship with yourself. It’s like you're the sun, you're the light guiding me through the night. With ‘best machine’ I imagine you're going to war but against who. It could be something that protects you, something you only take out when you really need it, or maybe it's something that serves you every day.”

Later, on ‘Belong With You’ Yanya battles against knowing they are in a self-destructive relationship (“I don’t even like you bitch”) while feeling drawn back into the chaos again and again. “It's definitely like you're still wrapped up in all the feelings of it, but it's time for you to exit.”

Written with school friend and member of her touring band Jazzi Bobbi, ‘Belong With You’ had a very unlikely early influence. “A big reference was Tatu. You know that song ‘All The Things She Said,” laughs Yanya. “I think it was the 'I belong with you, I belong with you' part. The repetitiveness of that and then it has that pop, early noughties vibe. Sometimes it’s nice to make things that aren't as weighty and heavy. I know this is going to be fun when we play it live too.”

Although PAINLESS is about trudging through the mires of our emotional selves, the writing process left Yanya feeling more confident in her abilities as a songwriter. “It made me feel really good to make it and to write it and put it out.”

In the making of the album her growth is evident to see. “I'm a completely different person. It's hard to know where the growth is. I think it's about the openness of the record. Even feeling comfortable sharing my process with another person.”

She continues: “On the last record I didn't want to work too much with one person because I thought it's going to become their record, and that's just rubbish. I think sharing [the process] is a really beautiful thing. You don't always come by that. You really have to work on that, so this album is very much a product of that creative friendship.