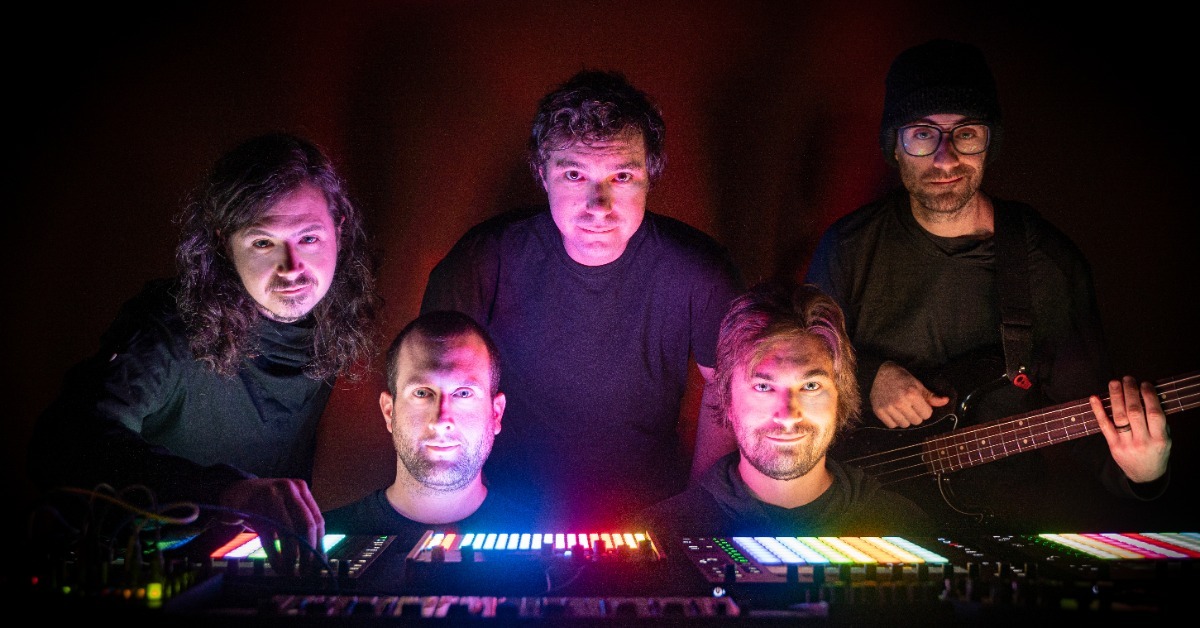 Deftly navigating the confluence of prog rock, livetronica, jazz, & jam, Papadosio’s appeal as a crossover act has amassed a rabid fan base across North America. Thanks to a steady stream of innovative albums, they’ve seen a decade and a half of consistent touring with hundreds of live recordings at the fingertips of every follower. Their allure’s led to co-presenting massive events such as Resonance, Secret Dreams, Summer SEEquence, and Subterranea Festival, plus headline plays at the legendary Red Rocks Amphitheatre.

The band remains doggedly devoted to writing new music and pushing technological boundaries in their downtime, expanding the size and scope of their existing catalog live on stage and in the moment. Complex harmonies and challenging rhythms are the lifeblood of each composition, while a stunning visual show synchronized with the music enhances the immersive live experience.

Papadosio offers one-of-a-kind experiences to each attendee, with more than 150 shows per year over the past decade. In the band’s 16-year history, no one has heard a song—let alone a set—played the same way twice.